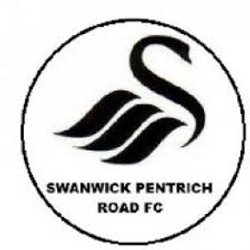 In 1964, Swanwick Football Club was formed by a collection of local residents, with the view to create a community based football club. They began competing in the Matlock League and then moved to the Derby Combination. In 1978/79 the club claimed their first title, winning the Derbyshire Premier Division One.

The Swans went on to play in the Central Midlands League but soon moved to the Central Midland Alliance Division One. After 8 years, they won the title in 1989 and were promoted to the Premier League. Unfortunately, this proved to be a very tough test and after five years the club were relegated.

After some tough times and hardship, the club was rejuvenated back in 2002. With some extensive work carried out down at Highfield Road, many local players are reaping the benefits. The First Team gained promotion from the Midlands Regional Alliance Division One as league champions in 2009/10 and also reached the Derbyshire Cup Final in 2013.

The 2010/20011 season saw the reserve team gain promotion from Division Two. With the club moving in the right direction the decision was made to take the next step forward and move into the Central Midlands League South for the 2013/2014 season.

With three solid seasons behind the club at step 7, the Swan’s will be looking to break into the top three this season. With the club adopting a new footballing philosophy under the leadership of Andy Worrall, the board are optimistic about the future of SPRFC.

Swanwick Pentrich Road has been a great breeding ground for local talent, some of which have gone on to play at the highest of levels. Professional’s such as John Simms who won a league title with Derby County and went to play in the European Cup Semi Final. Kev Pilkington who represented Manchester United and Celtic in the Champions League. More recently Andy White has vowed to finish his career where it started, with a ten year professional career that reached Championship level with Crewe Alexander.