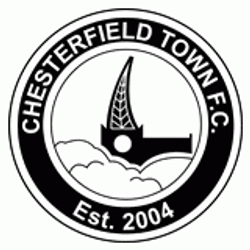 The Club was formed in the summer of 2004 with its main aim at the time to provide the youngsters living in and around the Dunston, Moor and St Helens Wards of Chesterfield with a chance to play organised football. The very first season saw us field just two teams and a Sunday morning training club for boys and girls aged 4 to 7 years old.

Over the last ten years the club has grown to be the biggest amateur football club in Derbyshire. For 2014-15 we are fielding twenty one Junior and Youth teams from u7’s through to u18’s in four different leagues across Derbyshire, South Yorkshire and North Nottinghamshire.

We also currently have two Adult sides. One of them is starting their second season in the Midlands Regional Alliance which sits at tiers 12 to 14 of the Football League Pyramid. The other is our Over 35’s Veterans who play in and around Sheffield in the Wragg League.

On the field our club has met with considerable success. We have won numerous cups and league titles at all levels and taken part in over a hundred tournaments locally, nationally and abroad; where the name of Chesterfield Town is now established and respected.

As well as fielding teams at every age group from Under 7’s to Under 18’s we continue to run our ‘Feeder Squad’ where youngsters enjoy fun training from the age of four years old each Sunday morning.