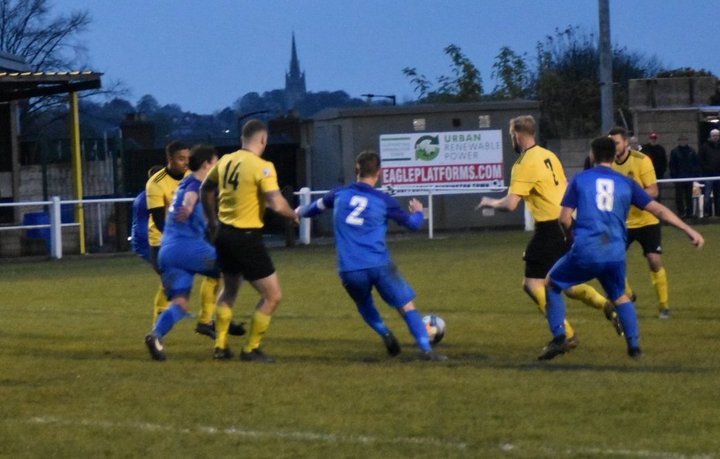 Another rain-ruined Saturday - here's a roundup of what was left

For the third week running, the fixture list was shredded as the week’s rain took its toll on the schedule, leaving some pitches submerged.

Two matches survived in the Black Dragon Badges North division with Dinnington Town taking the opportunity to move to the top of the table with a narrow 3-2 win against bottom side Sutton Rovers. The visitors took the lead with a Joel McCabe goal on 32 minutes, Ashley Layne equalising five minutes later, then putting Dinnington in front just before half time. Sutton levelled through Danny Smith in the 50th minute but the hosts had the last word, Cameron Evans giving them the points just a minute later. A Tommy Johnson hat trick gave Collingham a welcome 3-2 win at Askern. Johnson scored in the 15th minute and quickly added a second two minutes later. Askern pulled a goal back with 70 played, Johnson completing his treble before the home side got a second four minutes from time.

Two matches also in the South division with Sherwood Colliery showing no mercy at Ashland Rovers as they returned home on the back of a 7-0 scoreline. Tim Gregory opened the scoring in the 7th minute with Tristan Burrell adding a second ten minutes later. Gregory’s second was followed by a Keenan Leeds goal in first half stoppage time. The second half saw Julian Topliss score in the 73rd, 84th and 87th minutes to round off a comfortable win. Linby Colliery and Hilton Harriers shared four goals at Church Lane, all the scoring coming in the last quarter of the match. Callum Wilson gave Harriers the advantage on 66 minutes with Leighton Platts equalising five minutes later. Wilson’s second, six minutes from the end gave the visitors a whiff of victory but Tom Eastwood rescued a point for Linby in the dying minutes.

In Division One North Boynton Sports defeated Wakefield 4-1 thanks to two Connor Gregg goals and one apiece from Ryan Campbell and Ant Holmes, Lennard Okalu getting one back for the the visitors while in Division One South Jimmy Hassall of FC Sez had an afternoon to remember, scoring five of his side’s goals as they beat Bakewell Town 7-2. Sam McElroy netted the other two with Matt Kelsey and Joe Poste scoring for Bakewell.

 The Saturday Roundup - November 16th Yet another rain-ruined Saturday. Here are the remains of the day