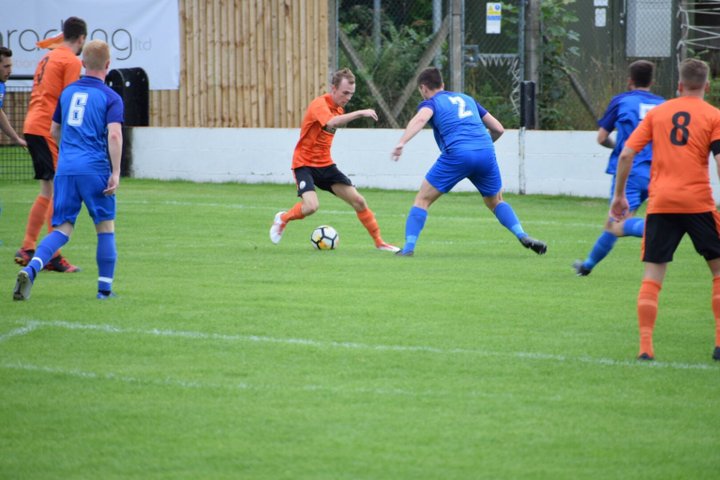 Here we go again. All the scores and scorers from the first Saturday of the new season.

The other promoted side, Sutton Rovers also had a memorable start going two goals up in the first five minutes at Harworth Colliery through an own goal and one from Mitch Wain. Jack Billau pulled one back for the home side on 26 minutes with Luke Black levelling just on half time. A second half hat trick from Leigh Warriner put Harworth firmly in the driving seat before Alex Irwin made the final score 6-2. A new look Newark Town got off to a good start with a 7-1 win at Askern. Craig Bridge set the ball rolling with a 7th minute opener, Christian Andersen doubling the lead with 33 played. Goals in the last five minutes of the first half from Kieran Job and Jack Durkin gave the visitors a healthy interval lead. Tony Hattersley reduced the arrears on the hour, but couldn’t prevent George Asplin from increasing the lead on 78 and 83 minutes, Jawanza Grant getting the seventh four minutes from time. Dinnington Town recorded an excellent 3-0 win against fancied Retford United. Two goals from Dan Cain and one from Ashley Layne gave the home side the best possible start to the season. Dronfield Town Reserves struck a late winner to get the better of Renishaw Rangers 3-2. Renishaw led through Luke Manlove but were pegged back by goals from Ricky Davidson and Tyron O’Kane. Nathan Jessop equalised before the break, Dronfield taking the points with an 80th minute winner from sub Mike Hunter. AFC Bentley and Collingham played out a goalless draw while the dubious honour of having the earliest waterlogged pitch of the season went to Staveley Reserves.

In the Black Dragon Badges South Division, Blidworth Welfare got off to a winning start with a 2-1 defeat of Swanwick. First half goals from Paul Revuelta and Pete Stubley gave Blidworth the interval lead with the ever reliable Guy Wilding scoring for the Swans after the break. Hilton Harriers and Clay Cross shared the points in a very close game at the Meese. After a scoreless first half, Clay Cross Town opened the scoring with a ferocious shot from outside the penalty area by Josh Scully which was countered by an equally fine effort by Callum Wilson for the Harriers. Holbrook St Michaels were 2-0 winners in their home game with Mickleover RBL, the goals coming from Sam Williamson and Ben Cartwright. Holbrook Sports won by the same score as they travelled to league newcomers Mansfield Hosiery Mills. Ryan Fitzhugh put Sports ahead two minutes from the interval with sub Aaron Coyle adding number two in the second half. A late goal settled the match between Linby Colliery and Ashland Rovers in the home side’s favour. Tom Eastwood put Linby ahead, Lee Townsend equalising before Kallum O’Dowd restored the host’s lead, Townsend getting his second to make the scores level at half time. That’s how it stayed until the 88th minute when Dave Jones got a late winner. Pinxton came from behind to pull off a 2-1 win against Arnold Town. Rory Smith scored after 9 minutes for Arnold, a lead they held until the 73rd minute when Pinxton, reduced to ten men equalised with a Nathan Benger penalty before taking all three points thanks to Shaun Smith’s 82nd minute decider. A second half penalty from Jordan Black proved decisive as Teversal Reserves edged out Underwood Villa 1-0 at Carnarvon Street