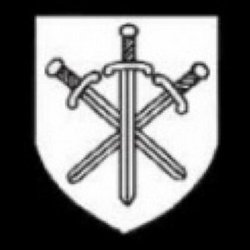 The closure of Welbeck Colliery in the autumn of 2010 saw the Football Club’s landmark association with the mining industry as we know it come to an end. The Club was formed on the basis that the local miners needed an escape from the pit environment and at least for a few hours a week they were able to take their minds off what they had to face when Monday’s shift started.
At its most productive the Colliery employed almost 1,000 men and from that the Colliery side boasted one of the best sides in the County. Typically in the pre Second World War days most of the opposing teams were colliery teams and they produced many a good player.
As the mining industry diminished in Nottinghamshire, Derbyshire and Yorkshire colliery teams were less dependent on the lads from the pit and in the last 20 years or so this became the case in respect of our Club and I would guess many more.
About 15 years ago the senior section of the Football Club merged with the junior section and became Welbeck Welfare FC, although the ties with the mining industry were never forgotten. So today we have a very strong Club serving the community of Warsop and the surrounding villages of North Nottinghamshire. The Club achieved its FA Charter Standard status in 2000, being one of the first in the county to gain that prestigious Award and in 2009 the Club became a Charter Standard Community Club which led to funding being obtained for our new changing rooms which were completed in April 2011. The new facility is currently is now fully operational and extra funding is currently being sought to complete the project.
The 2011/12 season results wise were horrendous having no fewer than 4 Managers in charge during the campaign. The club seemed to be in free-fall for most of that time. I think that it is perfectly in order to call the last 2 or 3 seasons the worst in the Club’s recent history – and it is only since John Mason and Mark Booth took over in the autumn of 2012 that a comparative momentous improvement has occurred in the way that the first team operates. So it was very disappointing for the Club when John Mason decided to resign his position in mid- March, but Mark Booth decided to stay with us and we are, once again, having to rebuild our match day management team with possibly a few more new faces joining our playing squad. Season 2012/13 was certainly not the best of seasons, so more changes were required. New Managers have been appointed with almost a brand new squad of players joining , also the emergence of a Reserve side consisting of young players has benefited the Club so there are greater expectations than in recent campaigns.
After a poor start to last season there has been a change of Manager and we hope that this will bring a turn round of our fortunes for the better. It will no doubt take time but we have to be patient. There has been a good deal of team rebuilding since the summer and there has been a recent change of Manager, Steve Lee taking over from Brian Wheatcroft who had been at the helm for over a year. Yet another managerial change during the summer of 2015 last just a few short weeks before Stewart Coleman took over the job in mid- August 2015.