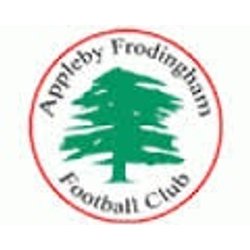 After the second-world war App Frod were one of the founder members of the Lincolnshire League. Then in the mid seventies they played in the Midland League before moving into the N.C.E.L. In 1986, the year of the steel strike, the management and team moved mid season to Winterton Rangers. Frod reformed, and after three years in local football they returned to play in the Lincolnshire League in 1990. The early and mid nineties was Frod’s most successful period winning the League, County and Challenge Cups. In 1998 with chairman Ron Bailey at the helm, a five-year plan to install floodlights and enter a team in the Northern Under 19 Alliance League was set up.

After 13 years in the Lincolnshire League we joined the Central Midlands Premier Division in season 2003/04. The management team of Mark Jenkinson and John Simpson guided the team to 4th place in the league after an excellent unbeaten mid season run of 14 games. At the end of the season Frod were promoted into the C.M.F.L. Supreme League. In the first two seasons we finished in the top half of the Supreme League and also reached the semi-finals of the Floodlit and Challenge Cup only to be beaten by Barton Town.

In 2005/06 we were nominated for the FA Charter Standard Community Club National Award. Regretfully, we were not among the regional winners, however App Frod were the Lincolnshire F.A. winners at County level and then again in 2007/08.

Season 2008/09 marked a new chapter in Frod’s history when in March 08 a letter from the secretary of the N.C.E.L. was received asking if we would be interested in joining their league which we gratefully accepted.

After a poor season in 2010/11 worse was to come in Season 2011/12. The pre-season friendlies produced good results but a poor start to the league season resulted in some of our players moving to other clubs. We did not recover from this and amassed only 8 points all season. We were extremely fortunate, but very grateful, that

Handsworth were expelled from the league allowing us to retain our place for this season.

After an appalling start to the 2012-13 season when we only managed 2 wins and 2 draws in the first 14 matches i.e. 8 points. Shortly after this the manager resigned. Mark Crowston one of our committee members volunteered to help out in the running of the team until a new manager could be recruited.

Mark signed on a few local players and in the middle third of the season results started to improve with 4 wins and 2 draws so that we now had 22 points with one third of the season to go. Our target now was to ensure safety by finishing the season out of the automatic relegation places.
A further 3 wins and 3 draws in the last 14 matches took our 2012-13 points total up to 34 points which was enough to secure another season in the NCEL Division 1.

2013-14 was the worst season I can remember finishing bottom of the NCEL Division1 and thus being relegated. Our committee agreed that the Central Midlands League was the one for us so we applied and were accepted.

2014-15 was a decent year for the 1st team who were managed by Mark Crowston and Martin Blades. The team finished in 7th position in the CMFL North Division which had 18 teams in the league.