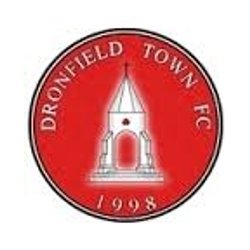 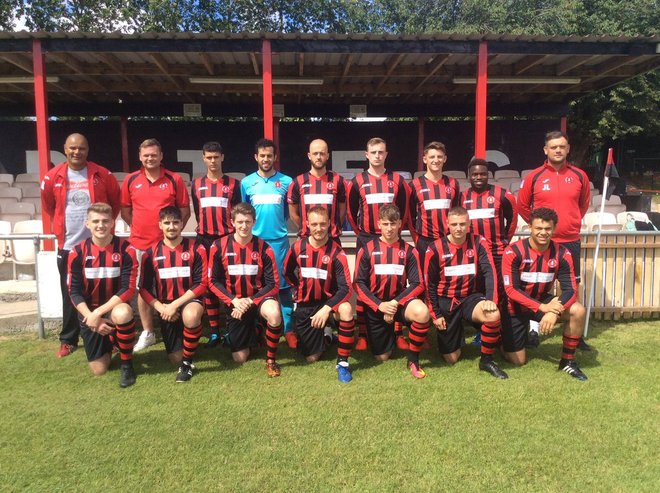 Although football has been played in Dronfield since the 1860s, the history of the current Dronfield Town FC can be traced back to 1973, when Brian Gould was asked to put a side together to take to Sindelfingen (Dronfield’s twin town in Germany). The following season Brian entered a team called Dronfield Town in Sheffield Sunday League made up mainly of the lads that went to Sindelfingen, some of whom went on to play for Dronfield Town for many years. Sadly through lack of interest the team folded at the end of that season.

In 1998 Dronfield Sports JFC moved from the Masons Arms to the Pioneer Club and changed its name to Dronfield Town. At that time there were seven under 16’s football teams. The club now boasts eighteen junior boys sides ranging from Under 7’s to Under 18’s, playing in three different leagues, Sheffield & District Junior Sunday League, Rowsley Youth League and the Sheffield & District DB Sports Under 18 League.

The adult football section reappeared when dads who used to play football together started to bring their kids to play for the junior football teams, decided to reform and have an Indian summer plying their skills in the Hope Valley League. Initially they were called Dronfield Cavaliers but when their bodies shouted enough is enough they added some young blood and changed their name to Dronfield Town in season 2000/1.

In 2001/2 Les Millington took his successful under 18s team into the Hope Valley League. Success came immediately and between 2001-05 the First Team had a very successful time, in four seasons they won all 3 Hope Valley Divisions, as well as the Chatsworth Cup, Cliff Ellis Trophy, Roden Cup, Lawrence Cup, Dore Shield and also the prestigious Derbyshire Divisional Cup.

The First Team has since moved on through the Midlands Regional Alliance to the Central Midlands League and in the 2013/14 season were successfully promoted to the Northern Counties East League, the highest any Dronfield team has ever reached.

In the summer of 2004 the club broadened its community appeal by forming four junior girls teams. One Under 10’s, two Under 12’s and an Under 14’s team which competed in the Sheffield & Hallamshire Girls County League. This section of the club has grown steadily over the years and now has eleven junior girls teams, containing over 150 girls, playing the game in teams from U9’s to U18’s.

In 2009/10, from the then Under 18’s Girls team, Dronfield Town FC Women was formed and is now competing in the Sheffield & Hallamshire League. This team has the distinction of being the first Dronfield Town team to compete in a national competition when in the 2011/12 season they played in the Women’s FA Cup.

The club also has a Sunday league team which plays in the Chesterfield & District Sunday League. And the old timers were not to be out done by the young upstarts, and in 2003 Dronfield Town over 35s team took to the field for the first time in The Wragg League and still continues, in addition to an over 45s team.

The 2017/18 season sees the introduction of U19s team to bridge the gap from junior to senior football the team will play at the H.E. Barnes Stadium on a Wednesday evening