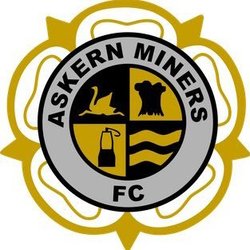 Askern has had a football club since 1924. They have been known by many names. They played their football in the Doncaster Red Triangle League before the Second World War and then in the Doncaster Senior League and the Central Midlands League up until 2019-20 season. They folded in 2020. They had many successes and are a team that the Askern and the surrounding villages continue to be proud of.
The newly founded Askern Miners Junior Football Club, along with some members of the old Askern FC, re-invented the senior team and changed the name of the whole club to Askern Miners Football Club to embrace football of all ages including Mini Miners (pre-school), all age groups from U6 up to U18, a Development Team, an Over 35s and a Senior Team for the 2020-21 season. The senior teams were enrolled in the Doncaster Rovers Premier League and First Division. This meant a re-set for the club who had been playing their football in a higher tier. The club as a whole saw many successes and at the first time of asking, our senior team saw themselves crowned the champions of Doncaster Rovers Premier League. This was part of a five year plan which came to fruition much earlier than anticipated. This success saw us raise the bar by applying to the Black Dragon Premier Division North.
Askern Miners Football Club are looking to the future and encouraging a seamless transition from children, to youth through to adult football. Football for all. Our vision is that this club continues to bring out the best in all of us and over time seeing more and more success. We are just beginning to build our story and out history. We welcome the journey.