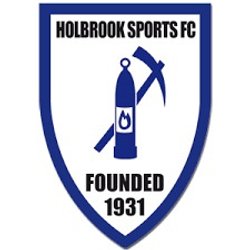 In 1996 a new club was formed under the name Holbrook Football Club, joining the Premier Division of the Central Midlands League. After winning the Premier Division in 1999–2000 they were promoted to the Supreme Division. In 2003 the club returned to the Holbrook Miners Welfare name. In 2008 they were founder members of the East Midlands Counties League. Another renaming in 2010 saw the club become Holbrook Sports.