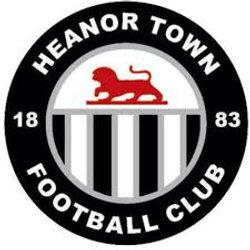 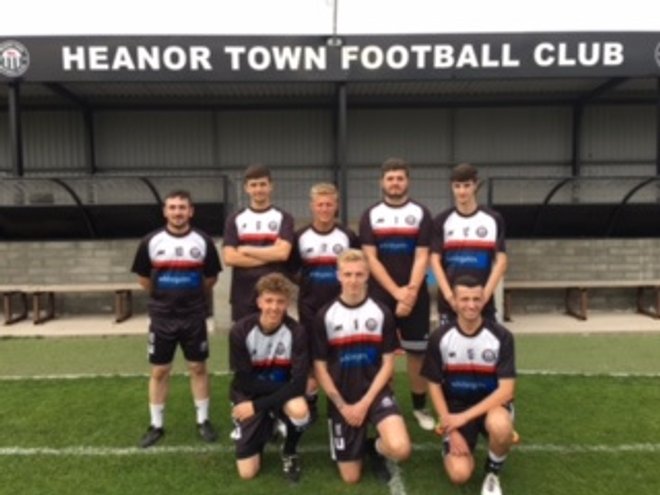 HEANOR TOWN FC owes its humble beginnings to long before their 1883 formation at the Rays Arms Hotel. Teams representing the town and playing under the name of ‘Heanor’ or ‘Heanor Town’ were recorded in 1878, but it was not until a public meeting was called in September 1883 that these fragmented issues were drawn together under one roof and the Club affiliated to the Derbyshire County FA.
They joined the Derbyshire League, but within a decade the Club had established itself as a top Midland League side, on one occasion finishing seventh when the top four were promoted to the Football League. And four times during this period reached the First Round Proper of the FA Cup (today’s equivalent would be the Third Round because the competition then had six Qualifying Rounds) losing to Aston Villa (away) 1-4, Nottingham Forest (away) 0-1, Bury (home) 0-3 and Southampton St. Mary’s (home) 0-1. In the latter game only a broken leg suffered by centre forward Sam Widdowson ensured that Heanor played with ten men for almost 80 minutes this after a 1-1 draw at Southampton. During this period such teams as Mansfield Town, Chesterfield, Lincoln City and Northampton Town were beaten in the Qualifying Competition.
Since then, the Lions have played in the Derbyshire League, Mid-Derbyshire League, Midland League (four times), Central Combination, Central Alliance, Notts Alliance, West Midlands (Regional) and Northern Counties East. In 1986 they joined the Central Midlands and are the only Club to have held continuous membership of the Supreme Division since its formation. Last season they added the new East Midlands Counties League to the list in which they have competed.
In 1958 Heanor entertained Fourth Division Carlisle United at The Town Ground in the FA Cup First Round losing 1-5 before 6,511 spectators. At the time they were members of the Central Alliance League Division One (North). But the strength of that league at the time can be judged by the fact that Ilkeston Town and Creswell Colliery was other clubs who also graced the FA Cup competition proper. In 1963 The Lions were a Midland League side and once again when they lost at the same stage away to Fourth Division Bradford Park Avenue containing one Kevin Hector and managed by Jimmy Scoular at Bradford in front of a crowd 5,799.
The club’s best Midland League finish was in 1966 when they were runners-up, and twelve months later they were one of only six Midland League clubs with the best record selected to become founder members of the Northern Premier League. However, the Heanor Committee at the time declined the opportunity because of the costs involved and their place was taken by Goole Town.
The Club has three times reached the Fourth Round Proper of the FA Vase; in 1989 they drew at this stage at home to Eastwood (Hanley) 1-1 but lost the replay by the odd goal of three. And the other two occasions also saw they lose by the same score to Rushden Town
(Home) in 1990 and Arnold Town (away) in 2002. They have reached the Third Round Proper on two other occasions losing to Warrington Town and Eccleshill United both away.
Honours decorated the Town Ground trophy cabinet at regular intervals during the 90’s with two Central Midlands League Supreme Division titles in 1995 & 1997 and the last being the Central Midlands League Cup won in a thrilling 5-3 finale against Ollerton Town in 2007.
In 2009 the Club appointed Joint Managers Craig Hopkins and Glenn Kirkwood who set themselves a target to win the East Midlands Counties League championship within three years. In their first season they finished seventh, the season after they improved to third then in their third season they achieved their goal when they were crowned champions in front of a home crowd of 154, beating local rivals Blackwell Miners Welfare 1-0 courtesy of a Josh Royce goal in the penultimate game of the season.
Managers Kirkwood and Hopkins left Heanor Town giving short notice on the 12 January 2013 to join local strugglers Mickleover Sports. Jordan Hall, one of the playing squad was appointed as interim manager later that day and guided the club to an 11th place finish in the NCEL Premier league.
In June 2013 local business man Geoff Clarence purchased the club and immediately spent thousands of pounds updating the facilities at the Town Ground including a complete renovation of the ageing clubhouse. Glen Clarence was appointed first team manager assisted by James Baker & Steve Huntington, the trio built a young local squad which improved the club to an 8th placed finish in the league along with two semi-final appearances in the Derbyshire and League cups.
With the re-shape of the football leagues from step three downwards Heanor took the sideways move to the Midland Football League, finishing 6th in the 2015/16 season and 6th in the 2016/17 season.