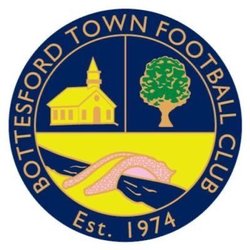 The Club was formed in 1974, when the opportunity was provided for the then team to join the Lincolnshire Football League. The Club were initially based at the Dolphin Public House in Bottesford, with the football being played at Frederick Gough School.
The Club moved to its current Birch Park home in 1983, at this time a lease-hold was obtained from the North Lincolnshire County Council for sufficient land to enable a small Clubhouse incorporating changing rooms to be built and a single football pitch to be established.
In 1985 the Clubhouse underwent an extension to enhance the facilities for the Club membership, in addition, the lease-hold was modified to include additional land which was developed by the then members to facilitate the establishment of a cricket square and outfield.

Senior football was enhanced in the early 90’s with the introduction of teams in both the local Saturday and Sunday Football Leagues with the senior team experiencing their most successful period winning the Lincolnshire League in three successive seasons, together with a trio of cup wins.
In 2000 the senior team entered the Central Midlands League where in the 2006/07 season they became Supreme League Champions and gained promotion to the Northern Counties East Football League.

The year 2000 saw the amalgamation of the Junior and Senior Clubs clearly demonstrating that players starting with the Club at the age of 6 could be encouraged to stay with the Club for their progress in football.

To support the amalgamation, for the third time additional land was obtained from the North Lincolnshire Council and a further lease-hold secured for the land.
Once again, the waste-land was developed by the club membership into a recreational area providing a number of mini-soccer and/or junior pitches and providing a ‘home’ and a base for the juniors to play their football.

Previous to this historic move, Bottesford Junior Football Club had been in existence for a number of years with numerous teams at varying ages playing on local schools and council pitches.

With the Football Club for many years supporting both the local and the County Football Leagues with both Saturday and Sunday football, the continuity in-house for progression from youth to senior football was practised with the youth teams in particular experiencing levels of success on the way.

Of late the Club has not been represented in the local Saturday League with the youth teams electing to play their football on a Sunday, this season will once again see 2 teams representing the Club in Sunday competitions both at local and County league level.

The Club’s Football Development programme will provide for the return of a progression route for the youth to play Saturday football.

As a result of the amalgamation within the Football Club the Junior section of the Club has significantly grown and ‘boosted’ by the introduction of a ‘Bears’ section with children at the age of 6 being introduced to football.

Over the years many teams have achieved notable successes with quite a number of young players being selected to join the Scunthorpe United F.C. School of Excellence.

In 2003 girls’ football was introduced into the Club as part of the ongoing developing scene; Bottesford Town are now considered to be one of the top girls’ Club s in the region.

The Club’s proudest moment was in 2003, when they became a FA Charter Standard Community Club, being one of the first Clubs in the Country to get the achievement. The Club had to work very hard to meet all of the FA criteria and is now starting to fully reap the benefits and rewards. Extensive coaching schemes have been established with local schools through the Lincolnshire FA with many of the older junior players being involved in coaching and refereeing and enjoying the success that comes with ‘quality’ coaching with numerous league and cup successes.