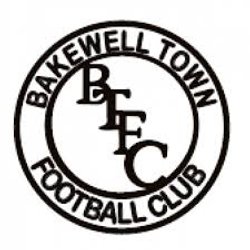 Bakewell Town is a small market Town & civil parish in the Derbyshire Dales district, the Town well known for the local confection the Bakewell Pudding.

Bakewell FC were represented at the inaugural meeting held at the Midland Hotel in Derby in September 1883 where an Association of Derbyshire Football Clubs was formed & called the Derbyshire Football Association.
It is believed that organised Football has been played in Bakewell ever since with the eldest photo held on ‘internet’ record taken in the Town (on Water Street) & believed to date back to between 1891 - 1897.

.Having played in all three of the Hope Valley Divisions in the 80s and 90s an increase in interest for football in the Town post England’s near miss in the 1990 World Cup resulted in an eventual saturation of playing resource as three teams Bakewell FC & Bakewell Wheatsheaf FC 1st & Reserves met at the Manners Public House Hotel to broker a merger at the end of the 1999/2000 season, this saw two teams, a First Team and Reserve side playing under the banner of Bakewell Town FC formed with one Team residing in the top Hope Valley Premier Division and the other in the third tier B Division, this is the current structure that the club runs with.

After several years moving between Premier and A Division of the HVL structure the 1st Team saw an upturn in fortunes as firstly they secured the A Division Cup and backed up that success a year later with the A Division League Title in the 2009/10 season amassing 97 goals in 24 games and a belief the club had a core nucleus to finally establish itself in the HVL Premier Division again.
The following two seasons saw the club narrowly escape relegation with the latter 2011/12 season seeing the combined efforts of the current Board & 1st Team Management structure put in place & after several years of steady progress & semi final near misses the club secured its first Hope Valley Premier League Title with the addition of the League Cup in the same successful 2016/17 campaign.

After one more season of HVL football Bakewell Town FC then took a plunge into the unknown and joined the Central Midlands Division One South, After a less than auspicious start they quickly acclimatised & headed the league table until the turn of the year when a slight dip in form saw us finish a respectable 3rd place but after a memorable Quarter Final night at Alfreton the club began to believe that a sustained Cup run was on the cards which culminated in a 2-1 victory against Doncaster based Crowle FC, in the Division One Cup Final hosted by Retford FC which brings us to todays Chairman’s Cup Final.