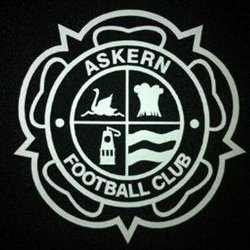 The first team were formed as Askern Welfare in 1924, playing in the Doncaster Red Triangle League before World War Two and then the Doncaster Senior League. Finishing runners up in 1991/2 they then joined the Central Midlands League.
The Club spent the next sixteen seasons in the Central Midlands, mostly in the Premier Division, before under the management of Brian Johnston, the club’s fortunes took an upwards turn. Promotion to the Supreme Division came at the end of that season and two years later Askern Welfare were crowned league champions and promoted to the Northern Counties East League.
The name of the club was changed to Askern Villa, and were almost promoted at the first attempt, a poor return from their last half dozen games meaning they finished behind Scarborough Athletic and Rainworth in third place. Season 2009/10 saw them top of the league in October, but the loss of key players and a ten point deduction meant the season ended with Askern in 12th position. The next two campaigns saw 9th and 17th place finishes, before season 2012/13, which saw Askern lose 22 consecutive matches and concede 173 goals, resulting in relegation back to the Central Midlands League.
So after 22 years, Askern FC, as they have been renamed, found themselves back where they started, but with many memories of the years in between. Their first season back proved a tough one, with a final position just one off the foot of the table, but there was an improvement to 9th place last season as the club look to re-establish themselves in the Central Midlands.