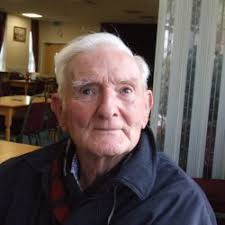 The death has occurred of Central Midlands League President Tony Baugh at the age of 91.

It is with great sadness that the league has been informed that our League President, Tony Baugh, passed away on 26th April aged 91.

Tony had been involved with the Central Midlands Football League from its inception in 1971 during which time he held a number of key positions on the League Management Committee.

His time as Chairman of the League Ground Grading Committee saw him oversee the recruitment of many new clubs to the CMFL. The help, advice, guidance and encouragement that he gave to clubs saw many of them progress through the CMFL and beyond to play at a higher level.

As Fixtures Secretary for many seasons Tony carried out the role with his customary charm and wit, working with clubs to ensure that fixtures were concluded in a timely manner - and inevitably succeeding in bringing about an exciting conclusion to the season by some clever scheduling!

Despite his increasing frailty and failing health, Tony maintained an active interest in the CMFL and continued to attend matches until as recently as last season.

As a person, Tony was known by all as a lovely man who was friendly, quick-witted and charming with a ready smile. He was a man who cared about others and was keen to help wherever he could. The CMFL owes him a great debt of gratitude and he will be sorely missed by all of us who were privileged to know him.