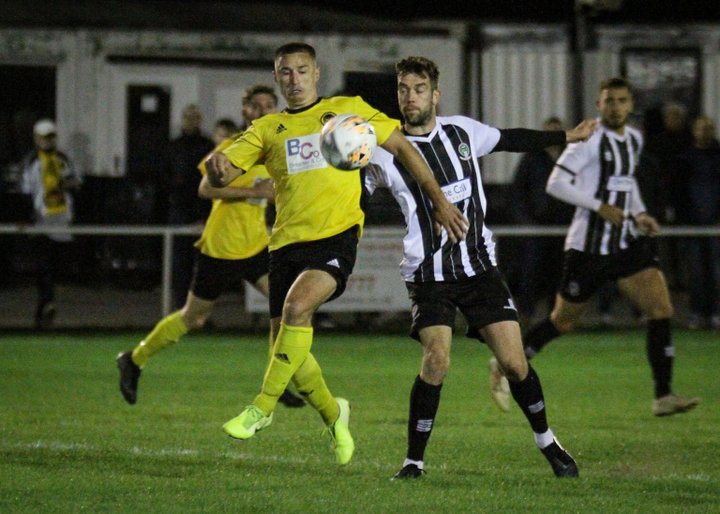 A roundup of the midweek matches

The first midweek matches of the season attracted some impressive attendances who turned out for what was a perfect night for football.

TUESDAY
There were four matches in the Premier South division. Rowsley 86 followed up Saturday’s convincing opener with a 4-1 win at Teversal Reserves. Tevie took the lead on 18 minutes with a Jack Bradley goal but a quickfire double from Pete Stubley put Rowsley ahead just ten minutes later. Conor Hiley made it three just before the half time break, the final goal not arriving until the 89th minute from Liam Fisher. Underwood Villa also registered their second success, winning 3-0 at Arnold Town. Underwood went in front in the 6th minute through Giovanni Andrew and added further goals from Troy Carty (50 minutes) and Tom Grady twelve minutes from time. South Normanton Athletic recovered from their defeat at the weekend to edge a tight game with Mansfield Hosiery Mills, the only goal coming from M Fowler. Pinxton and Hilton Harriers shared the points at Wharf Road, Pinxton scoring with a Rob Fretwell penalty with Aaron Millinchip replying for the Harriers.

In the Premier North, Clay Cross Town made it 12 goals from their opening two matches as they overcame Crowle Colts 5-0 at Mill Lane. Callam Lytham set them on the way with a 15th minute goal before Crowle were reduced to ten men just three minutes later. Josh Parfitt’s goal on 25 minutes was swiftly followed by Lytham’s second, the Millers adding further goals in the closing stages from Lewis Macaskill and Billy Brooks. There was a crowd of 137 at Scrooby Road to see Harworth Colliery overcome a dogged AFC Phoenix 2-0. A goal in the final minute of the first half by Keegan Hepplestone gave Harworth the advantage, and after coming under some heavy pressure in the second period, Jack Billau’s 78th minute clincher made sure of the points.

Ollerton Town attracted 65 to their Division One North match with debutants Shirebrook Soldiers. Ollerton bounced back from their defeat on Saturday, winning 4-1, the goals coming from Jordan Roberts (2), Jamie Tryner and Oliver Jordan, Tom Bradley netting for Shirebrook.

Two of last season’s leading sides in the Premier North came together at Cannon Park where a crowd of 188 saw Dinnington Town get off to a winning start as they beat Retford United 2-0. The visitors went ahead on 24 minutes, Shaun Mundy the scorer, Joe Byron adding the second midway through the second half. Down the A1 at Newark Town the home side ran riot in a one-sided first half against Renishaw. Lewis Chambers opened the scoring on 10 minutes with Marlon Grundy doubling the lead in the 19th. Chambers completed a first half hat trick with Elliott Dye also on the scoresheet before Brandon Potts pulled one back for the visitors. The second half was much quieter, Newark adding goals in the last ten minutes through Daryl Price and Chambers with his fourth.

In the Premier South Holbrook St Michaels made it two from two with a 3-2 win at Sherwood Colliery Reserves thanks to goals from Rueben Nwadike, Sam Chambers and Daz Cartwright, with the Wood’s reply coming from Liam Theakstone and Liam West.