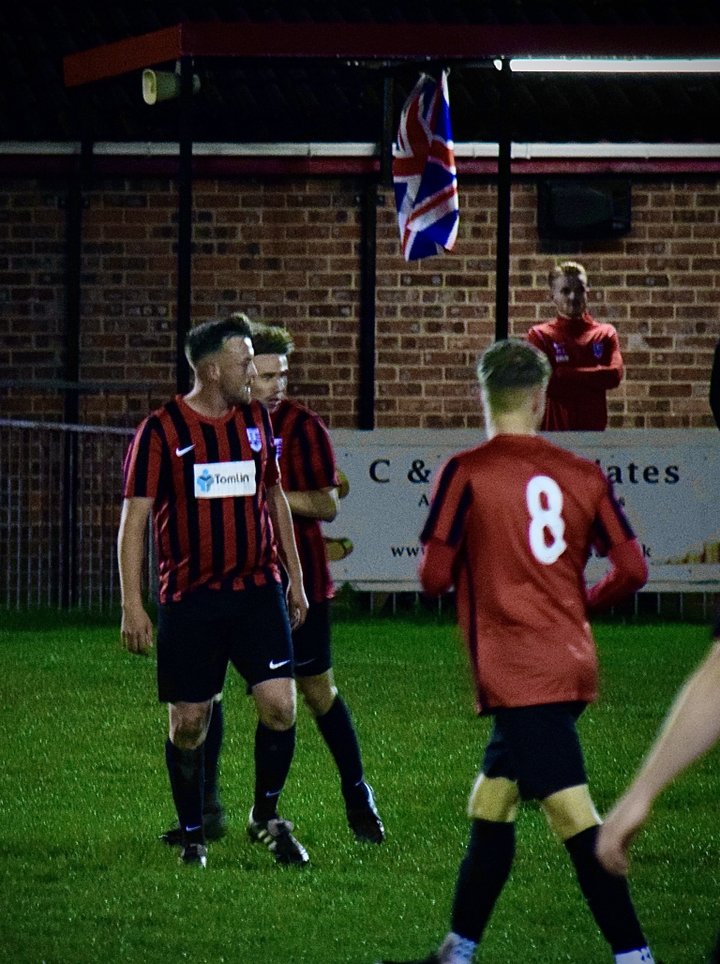 TEVERSAL IN THE SECOND ROUND DRAW

What a night for Teversal fc in this tight contest in which Charlie Smith nearly opened the scoring for Teversal when he rocked the post on 16minutes from 10 yards, Retford then got hold of the game and just after the half hour mark Billy Stafford opened the scoring after a good ball from the half way line reached the right wing. The cross was perfect which made Stafford’s job easy as he headed home from 6 yards, Retford reaching half time a goal up.

Teversal came out fighting and found their form right from the start with a goal from Cameron Pinnick on 47 who somehow found the net through a pack of players to level the game. Then another effort by Retford’s Stafford which curled just by the post from the edge of the box. After this Teversal always looked the better side and on 74 minutes they got what they deserve A shot from Pinnick which looked like the keeper’s ball all day but a Retford defender got a touch on it to put Teversal 2-1 up It looked like they were taking that score to the end of the game but Josh Fraiwald had other ideas and equalised just before the final whistle to end the game 2-2.

Penalties; Retford went first and went 2-0 up but it wasn’t enough as they missed the last 3,Teversal scored the next 3 and that was enough to see Teversal through into the next round.