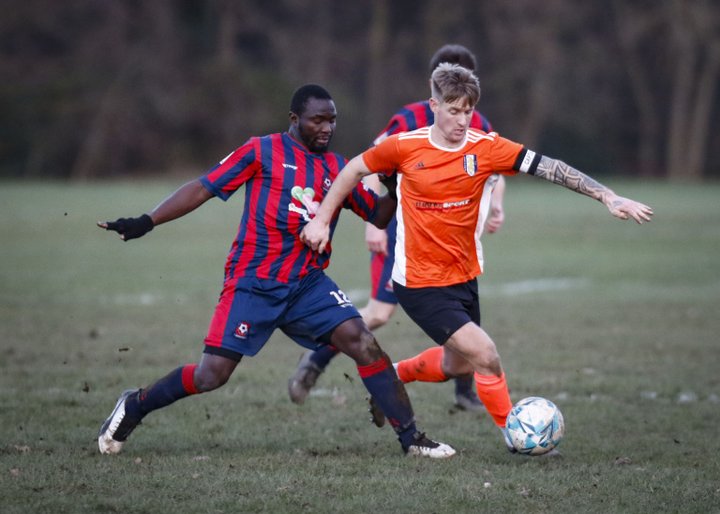 Another disrupted Saturday in the Central Midlands. Here are the details.

Once again the fixture list was shredded by the weather but at least some football was played.

In the Black Dragon Badges North a much improved Kiveton Miners Welfare had an impressive 3-0 win over Dinnington Town. All three goals came in a nine minute spell in the first half. Matty Ord opened the scoring on 26 minutes, Alex Moth adding a second two minutes later before finishing the scoring on 35. The win sees Kiveton move out of the bottom two and takes their unbeaten run to four. Dearne & District moved up to third after a 4-1 success against Hatfield Town. Dearne were four up with goals from Nick Guest, Carlton Carty, Jay Paling and Sam Hanna before Callum Stockton got a consolation from Callum Stockton. There was a predictable win for Retford United against bottom side AFC Phoenix. Mark West scored a first half hat trick, netting in the 16th, 20th and 26th minutes, his second successive treble. Retford doubled the score after the break, Brandon Kane, Jon Froggatt and Craig Mitchell making the final score 6-0. Harworth Colliery and Staveley Reserves drew 2-2 at Scrooby Road. Harworth led in the 13th minute, Bayley Lowe the scorer, Charlie Bingham equalising eight minutes later. Lowe got his second from the penalty spot four minutes after the interval, but Reece Clegg ensured a share of the points midway through the second half.

Three matches were played in the South Division, although the clash between the top two fell victim to the rain. Graham Street Prims edged out Linby Colliery 2-1 with goals from Max Bulmer and Alex Seale, Tremere Lindo with Linby’s reply. Two first half strikes from Ryan Smith gave the points to Cromford & Wirksworth who beat Arnold Town 2-0. A hastily switched match which saw Wirksworth Ivanhoe travel to Holbrook St Michaels resulted in victory for the visitors, Lucas Brough’s goal separating the teams.

Elite AFC stretched their lead at the top of the Macron Store Nottingham Division One North to four points with a 4-0 defeat of Harworth Colliery thanks to two goals from Sam Amissah and one each for Brodey Burden and Tommy Pallett. Bessacarr climbed to second following a 3-0 win against Retford FC with the goals coming from Jordan Wilkinson, Jack Atherton and Liam Cooper. Rio Drury and Kurt Gollings were Bottesford Town’s matchwinners in a 2-0 win against Dearne & District.

There was one game in each of the East and West divisions. In the East Woodhouse Colts went level with AFC Normanton at the top after a convincing 4-0 win over Clipstone. On target for the Colts were Jack Foulds, Liam Beardsley and Jayden Bull. Meanwhile in the West, Melbourne Dynamo are also now joint leaders. Playing their first league match since mid-November, they had a 3-2 win against Mayfield, the goals scored by Connor Poynton, James Smith and Jack Goodband, Mayfield replying through Paul Williams and Mason Smith.

The first tie in this season’s Division One Cup saw Mansfield Hosiery Mills through to the next round after a 4-2 defeat of Little Eaton with Callum Ashby scoring twice, Joel Whiley and Liam Jepson with one apiece.

The league’s last representatives in The Sheffield Association Cup, AFC Bentley, went out 1-0 at Jubilee Sports.

Central Midlands League Cup Draws  The draws have been made for the next rounds of the Buckingham Insurance League Cp, the Abacus Lighting Floodlit Cup and the Macron Store Nottingham Division One Cup