The CML roundup for December 6th to 21st 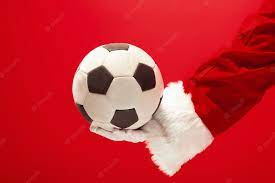 A roundup of what's survived in the last two weeks

There were three second round matches in the Abacus Lighting Floodlit Cup this week. Division One Woodhouse Colts beat Premier opposition in Arnold Town. The final score at the Forest Town Arena was 3-1 with Josh Smythe putting them ahead in the 10th minute, Dan Chambers equalising seven minutes later. Liam Beardsley regained the lead for the hosts on 58 minutes, Jack Foulds rounding things off in stoppage time. Dinnington Town outplayed Clipstone Reserves winning 7-0. Gracjan Klimczak had a productive night scoring four, Aaron Moxam got a couple with Michael Golland added the other one. Retford United suffered a rare defeat as Clay Cross ran out 3-2 winners at Cannon Park. The Badgers were ahead at half time with Mark West netting in the 45th minute. The visitors stepped up their game in the second half, Ash Grayson putting them level on 57 minutes before a late double from Liam Pritchard sealed the win, Max Pemberton having the last word for Retford in stoppage time.
Yorkshire Main bowed out of the Sheffield FC, going down 6-1, the goal coming from Damian Wieczorek. Graham Street Prims also lost in the Derbyshire Senior Cup, Derby Under 23s going through to the next round 4-0.

Only two matches, both on artificial pitches, survived the big freeze. In the North Division there were seven goals but only two scorers at Dinnington Town as the home side came from behind three times as they edged a tight game against Hatfield Town 4-3. Aaron Moxam got all four for Dinnington with Callum Stockton scoring a hat trick for Hatfield. At Sandy Lane visitors 780 JLC returned home with the points following a 3-2 win against Worksop Town Reserves. Josh Law with two and Kieran Watson with the goals for 780, William Oadley getting both for the hosts.

Just one game beat the conditions again in Division One North, Elite AFC defeating Hatfield Town Development 3-1 to go to the top of the table. Tommy Pallett scored twice for the winners, Callum Stockton on target once more for Hatfield.

Two more sides made it into the Floodlit Cup quarter finals. On Tuesday night Teversal’s remarkable sequence of winning penalty shootouts in cup ties came to an end, Club Thorne Colliery finally turning the tables on them. The match ended 1-1, Josh Gelder’s sixth minute strike for Thorne equalised by Cameron Pinnick’s 37th minute goal, the visitors winning 3-2 from the penalty spot. Wednesday evening saw Staveley reserves book their place in the last eight with a 3-1 win over Worksop Town reserves. Staveley were three up by half time, Max Rhodes opening their account on 22 minutes, Oliver Brown making it two on 35, Axel Muhire with the third a minute later, Worksop reducing the deficit through Liam Betts on the hour. In the North Division Harworth Colliery became the first team to take a point from Retford United this season and coming within two minutes of making it three. Josh Fraiwald put Harworth ahead in the second minute, Tom Brook bringing Retford level with 32 minutes played. Despite being reduced to ten men shortly afterwards, Fraiwald struck again five minutes before half time, Harworth staying ahead until the 88th minute when Jordan Turner rescued a point for the league leaders.