The CML Roundup for January 7th 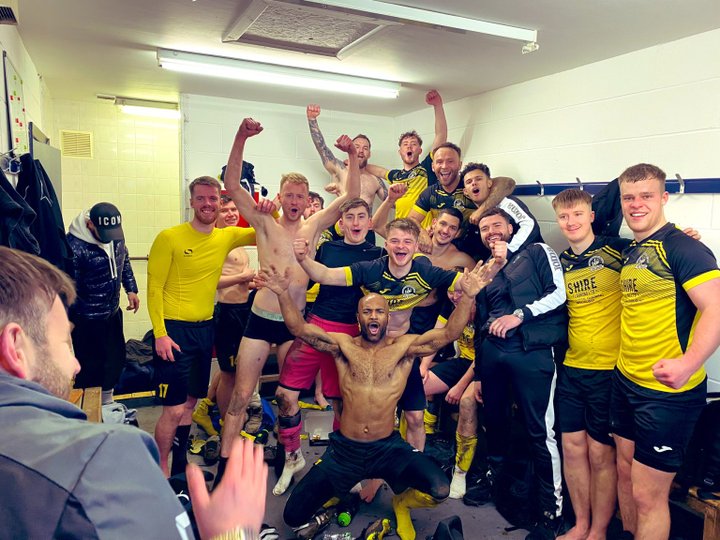 All the scores and scorers from the League and County Cup matches.

For the first time in recent weeks at least part of the Saturday fixture list survived the elements with the northern section definitely having the better of it.

All five of the scheduled fixtures in the Black Dragon Badges North Division went ahead. Retford United were up against the only team to take points from them this season but Harworth Colliery couldn’t repeat the feat, ace striker Mark West’s hat trick giving Retford a 3-0 win. West struck in the 41st minute, converted a 76th minute penalty and completed his treble five minutes later Staveley Reserves had an excellent 4-0 win against third placed Dinnington Town, a result which lifts the Trojans to fifth in the table. Joe Wilson, Jacob Pearce, Charlie Bingham and Ryan Boler the scorers for Staveley. A welcome three points for an improving Kiveton Miners Welfare as they returned from Yorkshire Main with a 2-0 win, Alex Moth netting both. AFC Phoenix are still seeking similar inspiration, they remain rooted to the foot of the table after a 3-! defeat at home to Hatfield Town. The visitors’ scorers were Harvey Wood, Callum Stockton and Aiden Tomes, with Tom Sowdon replying for Phoenix. SJR Worksop beat Bakewell Town by the odd goal in five at Sandy Lane. Matty Templeton put the home side ahead, Harrison Watson levelling before half time. Rob Littlewood gave Bakewell the lead early in the second half but a second for Templeton and one from Hakim Johnson sealed the win for SJR.

In contrast just one match remained in the South Division but the result could be a significant one, Mickleover Reserves beating current leaders Pinxton 5-3. Mickleover’s scorers were Brandon Ferron with two, Jack Leighton, Dec Brown and Will Robinson with Rob Fretwell, Siom Green and Ben Jones scoring for the visitors. The result leaves Pinxton still six points clear at the top but nearest challengers Clay Cross now have four games in hand.

In the Macron Store Nottingham Division One North the Bassetlaw derby saw Worksop Town defeat Retford FC 2-1 with Worksop’s goals coming 92 minutes apart. They took a second minute lead with a goal from Andrew Azike, Retford equalising on 12 minutes, Joel Ward the scorer. That was how it stayed until four minutes into stoppage time when Keegan Burton nicked it for the Tigers. Bessacarr won a tight game with Sheffield FC 4-3. On target for Bessacarr were Ronin Herrington with two, Nathan Fox and Liam Coope with Tom Luty, Owen McGourlay and Luke McKernan getting the goals for the visitors. A Rio Drury hat trick inspired Bottesford Town’s 4-2 win at Dearne & District. Kurt Gollings was Bottesford’s other scorer, Tyler Pugh with a double for Dearne. A goal from Hatfield Town’s Tyler Hardy was enough to give them the points against NEFA.

Only one game in Division One East, but what a game it was between Long Bennington and Linby Colliery. Luke Papworth gave the home side a !2th minute lead, Owen Rowley doubling the lead before Tremere Lindo pulled one back for Linby. Two from James Scott extended Long Bennington’s lead to 4-1, Sam Atkin getting a second for the visitors before half time. Atkin got his second two minutes after the interval before Rowley got his second to restore the two goal lead. Linby launched a comeback, Atkin’s third and one from Ewan Gibson bringing the scores level. James completing his own hat trick on 75 minutes to complete a 6-5 win for Long Bennington.

Success at last for Little Eaton in Division One West as they got their first win in the CML as they beat Rowsley 86 4-1 thanks to a hat trick in the first hour of the game from Gavin McCready and one from Keelan Rockley. A Mark Rathbone goal was the difference as Holbrook St Michaels inflicted defeat in South Normanton Athletic.

It was County Cup day again and there was success for league teams in the Derbyshire Divisional Cup South where the final will be an all CML affair between Derby Singh Brothers and Holbrook St Michaels. Holbrook travelled to Newhall United and came home with a 3-2 win, Gianluca Gandola, James Barry and an own goal doing the job. Derby Singh Brothers were taken to penalties by Melbourne Dynamo. It was 2-2 after 90 minutes, Darnell Smith and Tyler Johal’s goals for Singh’s matched by Melbourne’s Jack Goodband and Carl Allsop, the resulting shootout going to the Derby side 3-2.

A final place also for Mickleover RBL Reserves in the Derbyshire Junior Cup South as the defeated Melbourne Dynamo Reserves 2-1, both goals scored by Cole Hassell. Congratulations to all three teams.

Collingham came from two goals down to draw 3-3 with Notts Senior league Wollaton in the Notts Senior Trophy. Freddie Kirk put Collingham in front, Wollaton going 3-! Up before Alex McCalla and Joe Sellers levelled the scores. A less than impressive set of penalties ended in a 4-3 win for Collingham.

The third shootout of the afternoon came in Club Thorne Colliery’s appointment with Leeds Medics and Dentists in the West Riding Challenge Cup. Harry Brown and Toby Marriott were Thorne’s scorers in a 2-2 draw, the Dentists extracting a 7-6 win as the game ended in penalties. (Sorry, I couldn’t resist it)