The Midweek Roundup for August 18th 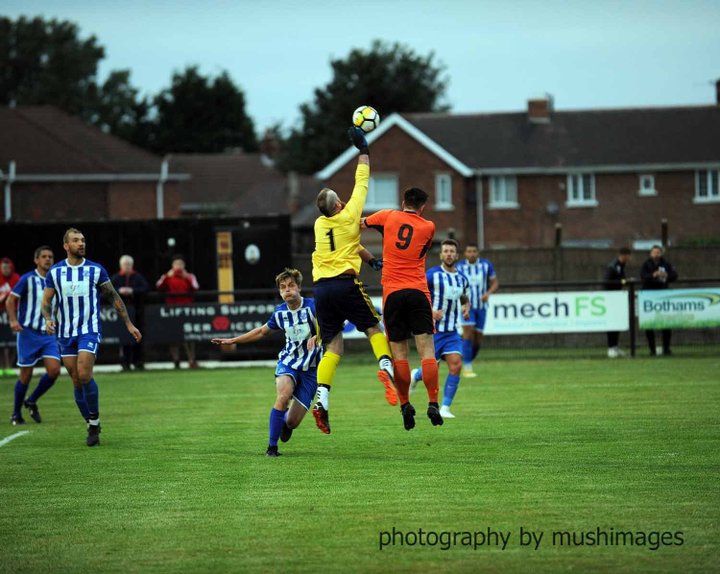 A total of 235 spectators watched a highly entertaining match between Harworth Colliery ang Thorne Colliery in The Premier Division North. Thorne took the lead on 29 minutes and went further ahead a minute after half time with a Matt Gains goal. Ainsley Finney got one back for the hosts with 70 played and then levelled the scores three minutes from time from the penalty spot. Thorne weren’t to be denied however and got the decider a minute later, with Josh Gelder on target. Askern Miners and Sheffield Reserves fought out a 2-2 draw at Manor Way. An early Tony Hattersley strike put Askern ahead and they doubled their lead through Chris Hancock on 43 minutes. Two goals in the space of two minutes at the start of the second half gave Sheffield a share of the points with Theo Robinson and Matthew Beck both finding the net.

In the Premier Division South Long Eaton Community beat Teversal Reserves 6-0 with all of the goals coming in the second half. Bartosz Korzeniewski got two with the others shared between Andrew Tsolakis, Klein Gwenero, Jamie Light and James Shaw. Blidworth Welfare were 2-1 winners against Sherwood Colliery Reserves at Debdale Park, Luke Bacon putting them ahead in the 27th minute. Liam West equalised for Sherwood with twenty minutes left, Blidworth’s winner coming on 81 after a shot bounced down from the bar and struck the Sherwood keeper on the head on its way into the net.

Just two games this evening with AFC Bentley’s Theo Mowatt the inspiration behind their 2-1 defeat of Glapwell. Mowatt, who took his goal tally to five in three matches, scored in the 20th and 82nd minutes to take the points, Ben Copestake having put Glapwell level in the 70th minute.

A local derby at Wirksworth Ivanhoe attracted 108 to see their game with Rowsley 86 who went home with the points, goals from Josh Henshaw, James Nugent and James Handley securing a 3-0 win.

The Saturday Roundup for August 14th  A roundup of all today's action in the Central Midlands.