The Saturday Roundup for August 7th 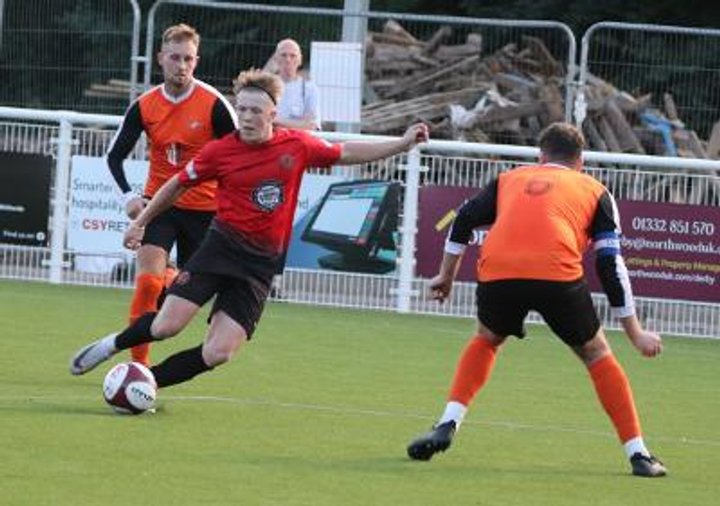 The first roundup of the new season

Here we go again at the start of a new season, hopefully this one will go the distance after the trials and tribulations of the last two campaigns.

The first action saw the revamped Thorne Colliery take on Newark Town under the new Moorends floodlights in the Premier North Division on Friday night. A close game saw Thorne edge home with a single goal from Shay Evans Booth on 62 minutes the difference between two well matched teams. Saturday’s matches saw most of the fancied teams get off to a solid start. Clay Cross Town travelled to Sutton Rovers, returning home with a 3-0 victory. An own goal five minutes before half time started them off, with a quickfire double from Jordan Hendley on 58 and 64 minutes finishing the job. Retford United won 2-0 at Kiveton Miners Welfare despite being reduced to ten men midway through the first half. The deadlock was broken on 27 minutes when a ball over the top was finished off by Mark West, with the second coming from a long range strike from Brandon Kane with 71 played. Dinnington Town also won on their travels, coming from behind to defeat Askern Miners 2-1. The home side went ahead through Chris Hancock but Dinnington fought back in the second half with Daniel Cain and Brad Hanson sealing the points. Another team to turn the tables were AFC Bentley who went two down within a minute to newly promoted Sheffield Reserves, for whom Louis Naylor and Louis Hutchinson scored in the 20th and 21st minutes. Theo Mowatt began the recovery four minutes later, Josh Bowkett levelled on 34 minutes before Mowatt’s second from the penalty spot completed the turnaround. Crowle Colts began their season with a 3-1 victory over Staveley Reserves thanks to goals from Ryan Bonser, Kurt Robinson and Louis Scott, Staveley’s reply coming from Bradley Jones. The other promoted side, Glapwell had an impressive 5-1 win at AFC Phoenix. A Ben Copestake hat trick was added to by Owen Ryan and Jack Longdon with Tom Sowden scoring for Phoenix. Debutants Dearne & District began their league career with a highly impressive 3-1 defeat of Harworth Colliery thanks to two goals from Connor Peace and one for James Ghaichem. A young Collingham outfit surprised visitors St Joseph’s Rockware by taking a fifth minute lead through Drew Allwood but a minute later the scores were level as Kyle Wesley equalised. With an early candidate for goal of the season, Matty Templeton gave the visitors a 52nd minute lead with further goals from Mason Gee, Jayden Thackeray and Templeton again making the final score 5-1. A mention for the two club linesmen who did an excellent job.

Mickleover RBL’s return to the Premier South Division after a season’s absence was a successful one as they opened their account with a 5-1 victory over Sherwood Colliery Reserves. Jordan Lee hit a hat trick with Lewis Durow and Lee Hillier also finding the net, Jack Warner was on target for the Wood. Mickleover Reserves also got off two a winning start as they had a 3-0 win at South Normanton. There was a double for George Atwal with Fin Barker also scoring. Blidworth Welfare had Paul Revuelta to thank for their win at Hilton Harriers, his goal in the 77th minute the difference between the sides. Rowsley 86 and Pinxton fought out an entertaining 2-2 draw with Logan Toplis grabbing both for Rowsley, Kurtis Bamford and Rob Fretwell scoring for Pinxton in what was described as a great advert for the league. Linby Colliery’s Charity Day for Cancer Research was a success on the field as the home side beat Long Eaton Community 2-1. Sean Craven’s penalty a minute from half time put Linby ahead, Josh Hunt getting a second two minutes after the restart, Long Eaton pulling one back through Sachin Mathrau on 74 minutes. Comeback of the day was at Melbourne Park where Nottingham clawed their way back from a three goal half time deficit to take a point from Ashland Rovers in a 3-3 draw. Ashland must have thought the points were theirs as two Mark Summers goals and one from Brad Newby gave them a healthy advantage. Nottingham, however, had other ideas, goals from Jamie Williamson, Kashe Hunt and Goodwill Achina completing the recovery. Teversal Reserves and Wirksworth Ivanhoe drew 1-1 at Carnarvon Street, Lee Naughton’s 59th minute goal for Tevie being wiped out by Tom Mellor in the 70th minute. Dom Whitton put Mansfield Hosiery Mills ahead after 34 minutes of their match with Arnold Town at Eagle Valley. Tyler Cobb put the sides level on the stroke of half time before Jacob Reeve’s 74th minute winner for the Millers made it 2-1.

780 JLC were among the goals in the Macron Store Nottingham Division One North, defeating Ollerton Town Reserves 6-2. Goals for 780 came from Ollie Bradbury (2), Brad Teale, Josh Law, Max Batty and an own goal, with Joe Tunnard and Oliver Jordan scoring for Ollerton. Dearne & District won by the odd goal in seven at Harworth Colliery. Will Gouick scored twice for the visitors and there were also goals for Callum Spencer and Keegan Wilson, Harworth’s goals coming from Michael Wibberley with two and Charlie Smith. The early kick off saw Retford FC beat Bottesford Town 2-0, Sam Clarke netting on 25 minutes and Cal Rush on 69 finishing the job. Bessacarr went down 2-1 at home to Thorne Colliery, Jordan Wilkinson scoring the goal,

The three matches in Division One Central produced 23 goals, all scored by the away teams. Bakewell Town hit the jackpot, knocking in eleven at Mansfield Hosiery Mills. Alex Moth led the way with a hat trick, there were two each for Joe Poste and Rob Littlewood and one apiece for Kyle Shimwell, Stu Baker, Louis Davies and Angel Bowering. Woodhouse Colts put seven past Blidworth Welfare, Jayden Bull and Jamie Royle both getting two with the others coming from Charles Simpkins, Callum Gillespie and Max Radford. Holbrook St Michaels beat Ashland Rovers 5-0 Ben Cartwright with a double, John Cluskey, William Welch and an own goal completing the scoring.

 The Midweek Roundup for August !1th A roundup of all the midweek action in the Central Midlands league