The Saturday Roundup for November 23rd 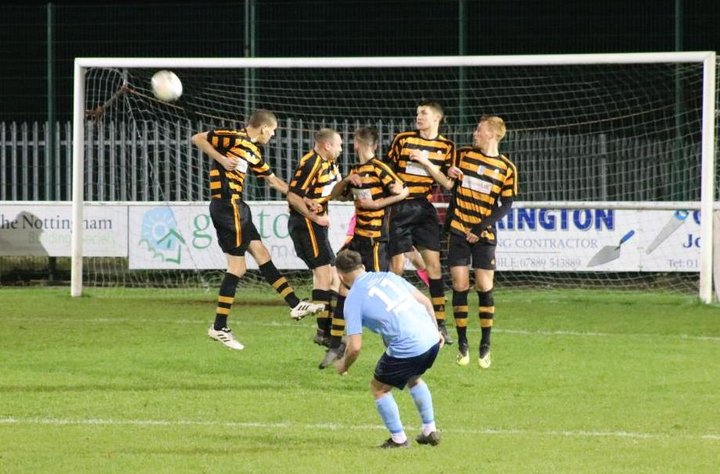 Yet another weatherbeaten roundup of the afternoon's matches

I won’t mention the weather this week, suffice to say there were thirteen matches played, but many more postponed.

Friday night’s local derby at Collingham had probably the best of the conditions, the youthful home side taking points off leaders Newark Town in a 1-1 draw. Both goals came in the second half, Jake Morrison’s 55th minute strike for Collingham, debutant Liam Moran equalising just two minutes later.

Four more Black Dragon Badges North division matches escaped the conditions on Saturday. Another local derby saw Sutton Rovers pick up their first win of the season against rivals Askern in style, 5-0 the final score. Callum Stockton’s 38th minute goal gave them the half time advantage, which they pressed home in the second half with Ryan Walker scoring on 65 and 70 minutes, Adi Parker getting a fourth two minutes later before Walker’s hat trick goal eight minutes from time. Renishaw Rangers battled to a 4-3 win against Retford United thanks to two goals from Kyle Lilley, one for Luke Manlove and an own goal, Zach Casburn scoring twice for Retford with Ryan Smyth also finding the net. Harworth Colliery found themselves a goal down at the interval in their game with AFC Bentley, Josh Street giving the visitors a 12th minute lead. Harworth stepped up their game in the second half, Alex Irwin equalising in the 50th minute before Jordan Timmons and Ashley McEwan scored within a minute of each other after an hour to give the hosts maximum points. Thorne Colliery and Phoenix drew 1-1 at Moorends, Trevor Hindson scoring a penalty for Thorne in the fifth minute with Ildephonse Hussein getting an equaliser for Phoenix with 23 played.

Two games only in the South Division, Ashland Rovers and Teversal Reserves producing a nine goal thriller at Kingsway Park with the visitors shading it 5-4. There was never more than a goal between the sides, Tevie’s goals coming from James Summers (2), Gary Atkins, Josh Brentnall and Connor Bower, Ashland replying through Adam Pugh, Mark Summers, James Scothern and Connor Barnes. Linby Colliery beat the conditions again and were rewarded with a 2-1 defeat of Mansfield Hosiery Mills. Lance Cunningham gave Linby a 5th minute lead, Kieran Johnson levelled it with 55 minutes played only for James Hallam to grab the winner on the hour.
Only one of the four scheduled Buckingham Insurance League Cup ties went ahead with Hilton Harriers reaching the quarter final following a 2-1 extra time defeat of Epworth Town Colts, the all-important goals coming from Chris Smith and Jamie Atkinson.

One match only in the two Division Ones with a Ryan Poole hat trick giving Boynton Sports a 3-0 win over Linby Colliery in the North Division. In the south Borrowash Victoria broke their duck in the league by beating Sports Gateway 3-1. Shay Wiggins scored twice for Vics with Kial Thurman also netting while Morgan Bell got one for Sports Gateway whose goalkeeper had an inspired game.

There were four County Cup ties involving league teams. Holbrook St Michaels were 2-1 winners against Mickleover RBL in the Derbyshire FA Divisional Cup South with both goals scored by Morgan Holloway, Kieran Thompson getting one for the Legion.In the North Divisional Cup Chesterfield Town were beaten 6-1 by Tintwistle Athletic.
Both Notts FA Senior Trophy ties ended, unusually, in goalless draws. FC Sez went through 4-2 on penalties against Cotgrave Reserves, but Nottingham Education went out 5-4 also on penalties at Newark side Fernwood Foxes.
Richard Lane