The Weekly Roundup for October 23rd 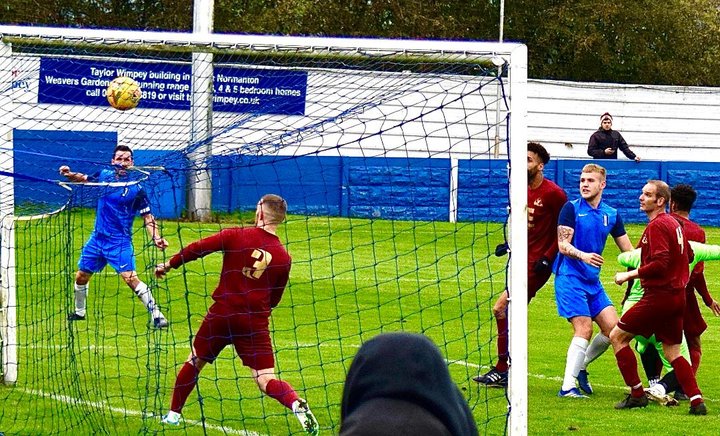 MIDWEEK MATCHES
There were only four matches played during the week, with two others postponed. Two were in the Premier North division. On Tuesday, a single goal from Dinnington Town’s Harry Webster-Dunkerley proved enough to beat Sheffield Reserves while on the following night Retford United beat Kiveton Miners Welfare 4-1 at Cannon Park. Mark West got the opener on 13 minutes, Liam Frost making it two just before half time, adding another in the 56th minute. Warwick Wood pulled a goal back for Kiveton midway through the half, West getting his second with nine minutes remaining to complete the win.

Thorne Colliery beat Retford FC 3-1 in the Macron Store Nottingham Division One North thanks to two goals from Callum Verhees and one for Oliver Beaglehole.

The weekend’s football began in the Premier North division with a local derby under the lights at Staveley Reserves, the home side going down 2-0 to Clay Cross Town, Josh Parfitt and an own goal winning it for the Millers.
Retford United move back into the top three following a 3-0 win at Dearne & District. Mason Barlow gave them a 12th minute lead, and it was not until the last quarter of an hour that Dean Conway and Adam Daughtrey sealed the win. Dinnington Town eased past Askern Miners 5-1 at Phoenix Park thanks to two goals from Gracjan Klimczak, one each from Brad Sedgwick and Andrzej Gordon-Hides plus an own goal, Askern replying trough Lewis Gilbert. Glapwell moved into the top six with a 4-2 defeat of St Josephs Rockware. The home side were two up in the first fifteen minutes with goals from Ben Copestake and Charlie Reeves, Copestake getting a third before half time. St Josephs came back into the game in the second half, Taylor Thackery scoring on 52 and 72 minutes before Solly Limb made sure of the points two minutes from the end. The top two, meanwhile, maintained the gap between themselves and the chasing group. Thorne Colliery needed a 75th goal from Luke Black to get the better of AFC Bentley, while Newark Town came up against a determined AFC Phoenix defence at the YMCA., before coming out on top 3-0. Sid Costa got the first on 7 minutes, Lewis Chambers doubling the lead in the 32nd minute. Phoenix continued to keep the hosts at bay until Chambers got his second five minutes from time. The points were shared in the other two matches. At Station Road, Collingham drew 2-2 against Sheffield Reserves. Jojo Bilton gave them an early lead, Louis Maguire equalising before Will Hollingsworth gave the home side a half time lead from the penalty spot. That’s how it stayed until the final minute when sub Jason Heppell rescued a point for Sheffield. It was also deep into stoppage time when Crowle Colts dug themselves out of a hole at home to Sutton Rovers. After an entertaining but goalless first half, Mitch Wain put Sutton in front on the hour. The lead held until the 93rd minute when a 30 yarder from Tom Moulds ensured a point for Crowle.

Following Saturday’s matches the top two positions in the Premier South table are held by Mickleover teams. Mickleover Reserves travelled to Rowsley 86 where goals from Josh Satchwell and Fin Barker secured a 2-0 win. Mickleover RBL were 3-0 winners at home to Teversal Reserves, Jack Gaucher, Sam Vickers and a Liam Oliver penalty ensuring maximum points. Third placed Blidworth Welfare beat Wirksworth Ivanhoe 4-3 after coming from two goals down. Tom Mellor scored twice to give Wirksworth an early advantage, Ben Rogers reducing the lead before Lucas Brough made it 3-1 at the interval. By this time both teams were down to ten men. Blidworth stepped up a gear in the second half with further goals from Lee Townsend, Matty Toseland and Kai Wilson to complete the comeback. Linby Colliery beat Ashland Rovers 4-2 at Church Lane. Linby two up at the break through Matt Adcock (22 minutes) and Ash Foster (31 minutes). Jack Marsden got a third just after half time but Ashland made a fight of it, Dan Fisher and James Whitmore getting them back into the game. Linby had the last word, Greg Conn adding number four two minutes from the end. Pinxton’s return to winning ways continued with an impressive 4-0 defeat of Long Eaton Community at Grange Park. Brad Foley scored twice, and there were also goals for Ash Dhindsa and Kieran Debrouwer. Hilton Harriers’ recent run was halted by Nottingham FC who returned home with a 4-1 win. Ayleal Dill and Blaiz Hall put them two up in the first fifteen, Samousi Ali-Ibrahim getting a third just after half time. Indar Bitter reduced the lead after 58 minutes but Martin Bassey was on hand six minutes from time to end the scoring. South Normanton Athletic had an afternoon to remember as they scored seven without reply against bottom of the table Arnold Town. Elliott Bland opened the scoring in the 23rd minute with Sam Burrows getting a second on the half hour mark. The goals started flowing in the second half, Henry Brooks adding a hat trick, Bland getting his second and Anthony Willey rounding things off with an 88th minute strike. A point apiece at Holbrook St Michaels with Liam Gregg on target for the home side and Liam West with a goal for Sherwood Colliery Reserves.

A round of the group matches in the President’s Cup competition occupied Division One teams today with just eight of the scheduled thirteen ties going ahead for various reasons. Carlton Town B were 5-1 winners against Bakewell Town, Syme Mulvaney with a hat trick and one each for Harrison Haynes-France and Andrew Brigham, Louis Davies scoring for Bakewell. It was the same score at Cromford and Wirksworth Town where the home team took on South Normanton. The goalscorers for Cromford were Scott Taylor (2), Sam Smith, Ryan Smith and Liam Arnold. James Fletcher got one for the Shiners. Jack Harrison and Tom Coupe were Linby’s matchwinners at Blidworth Welfare who got one back through Kieran Grant. Bottesford Town defeated Newark Town 5-3. Scorers for Bottesford were Rio Jacomb with two, Louis Scott, Brad Croxall and Kai Thomas with Nathan Brettoner, Tom Perkins and Niall Parsons on target for Newark. Mansfield Hosiery Mills got their first win of the season as they won 5-1 at Ballers whose scorer was Rashaun Douglas. Kilburn and 780 JLC drew 3-3. Scorers for Kilburn were Matt Smith, Tremayne Anderson and Jordan Mighty with Nathan Watson, Nathan Smith and an own goal securing the draw for the visitors. Dearne and District won with a 77th minute goal from Daz Patterson at Heanor Town while Ripley Town’s victory over Ashland Rovers was down to an own goal.

 The Weekly Roundup for October 30th. A Roundup of all the week's action in the Central Midlands.