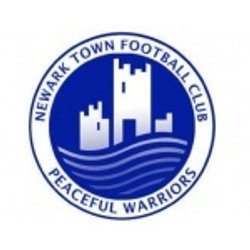 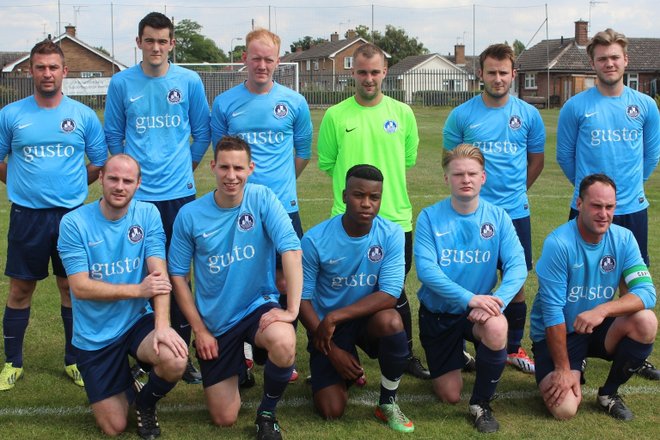 Newark Town was originally formed in 1868 playing in the Midland League. The club folded in 1939 after which Ransome & Marles became the town’s premier team. An attempt was made to resurrect the club in the 1970’s but after initial success the club once again went into limbo.
Under the leadership of Paul Baggaley the club reformed in the 80’s entering a side in the Notts Imperial Youth League. A senior side was formed in 1994 with teams entering the MRA and the Grantham League. 1997 saw the club enter the Notts Football Alliance. After securing the Division One Championship in 2003/4 the club joined the CMFL entering the FA’s League Pyramid system. Joint managers Tony Joynes and Brett McNamara consolidated the club’s position in the Premier Division for a four year spell before the stewardship was handed over to Rupert Thomas. The introduction of the East Midlands Counties League and the consequent restructuring of the CMFL saw “the Blues” elevated to the Supreme Division in 2008. The club finished fifth in the first two campaigns and beat Louth Town to win the League Challenge Cup in 2009/10, a match described by Frank Harwood as the best cup final he had ever seen. The following season proved difficult but the club still managed a creditable eighth place finish.
After four years Rupert stood down and Tony Joynes returned, assisted by ex-Grantham Town stalwart Adrian Speed and one of the area’s top coaches Bob Shaw who also made a welcome return to his home town club. Their first season proved eventful with County and Floodlit Cup Semi-Finals before a chronic injury list took its toll.
In 2012 the club went one better by reaching a cup final, losing to AFC Mansfield in the Floodlit Cup.
Despite losing several long serving players at the start of 2013/4 season, and a switch to the Northern section Newark once more finished in fifth position, receiving the Sportsman’s trophy in the process. Last season saw an improvement of one place to fourth. At the end of the season Tony Joynes and Adrian Speed stood down and the job was taken by former Newark Flowserve manager Steven Venables. Venables walked out on the club after just six weeks, leaving Town in mid-July without a manager and just three of last season’s regular first team. Last year’s reserve team managers Kevin O’Neill and Steve Crawford stepped into the breach and are working hard to pull things round for the new season.
Newark Town are proud to be an FA Community Club.