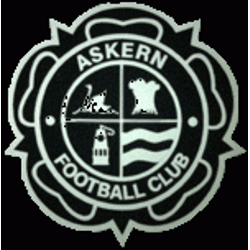 The first Team played in the ‘ Doncaster Red Triangle League ‘ before the Second World War and then in the Doncaster Senior League in which they finished runners up in the Premier Division in season 1991/92. And joined the Central Midlands League in 1992.

The club spent 16 years in the Central Midlands League in the Premier Division, in 2004/5 season relegated from the then Supreme League. Under new Manager in 2005/6 and changed the fortunes of the club, gaining promotion back to the Supreme Division in his first season. The following season finished 4th in Supreme Division.

In 2007/08 saw Askern become champions of Central Midlands Supreme Division and gained promotion to ‘ Northern Counties East League. In first season 2008/09 in N.C.E.L. Askern Welfare changed its name to Askern Villa and came close to gaining promotion to N.C.E.L. Premier Division pushing Scarborough Athletic all the way, only to fall away in our last 6 games to finish Third being pipped by Rainworth M.W.

In 2010 had a high profile pre-season friendly losing 2-0 to Doncaster Rovers 1st Team resulting in a record attendance of 865 paying on the gate, even though it clashed with ‘ World Cup ‘ semi-final between (Germany v Spain ). Also, made club History by entering FA. Cup. For first time, and reached the FA. Vase 3rd round proper, but had struggled in the League.

Paul Curtis came back as Manager to pick up the pieces after the old manager & team walked out. Changed Club name to Askern F.C.

Looking to push for promotion back into Northern Counties East League.