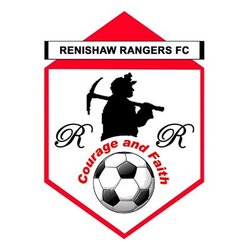 Renishaw Rangers FC was established in 2011 to give children in the village and surrounding areas the opportunity to play football. Most if not all of the first children’s team that were twelve years old were made up of children who had either never played the game or had been rejected from other clubs.

Our promise was to build the club so that these children and the ones to follow could carry on playing the great game no matter what level they were capable of.

In 2014 we introduced our first adult team to the Chesterfield and District Sunday league managed by Wayne Dodsworth and David Brocklehurst. This team will be entering Division one of the Sunday league this coming season. We are delighted that some of the class of ’99 players are in this seasons Central Midlands Squad.

This season under our umbrella we will be introducing over twenty two football teams from the age of Six year old to adults.

This is our first season in the Central Midlands league.